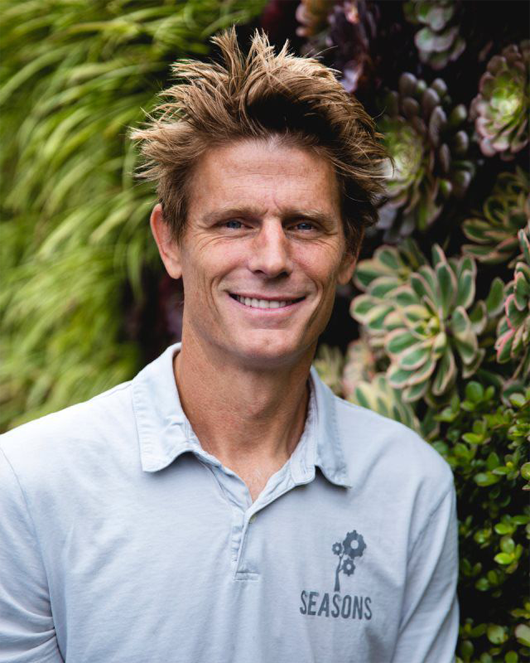 “With a strong understanding of horticulture, technology, botany, and architecture, Scott has dedicated himself to creating vertical ecosystems and leading the Seasons team in designing unique living wall arrangements for each client.

Scott founded Seasons Landscaping in 1998 after graduating with a degree in Landscape Architecture and Environmental Design from California Polytechnic University, San Luis Obispo. What originally started out as a design-build firm eventually developed into the current Seasons after he noticed the spread of living wall technology throughout the world in 2006; Scott was inspired by their sustainability and organic aesthetic as well as the positive effects they have on people and their surroundings.

Scott sees landscaping as a fusion of art and engineering. “Our vertical garden technology and process offers a new architectural canvas for horticultural works of art to thrive for years,” he says. Scott believes that there is a common denominator between art, design, and living walls: the enriching value they bring to the owners and the urban spaces they inhabit. His philosophy is that living walls go beyond both the simple and complex in architecture with their unique ability to improve the environment in unexpected places.

Connecting people and nature within built communities is Scott’s top priority. He believes that this connection is instrumental to physical and mental health, and he uses living walls as a unique tool to help customers bring a subtle sense of well-being to their audiences.”